GODs of Dharmapuri Review - A beautifully mounted drama and a good effort that won't go unnoticed.


Gods of Dharmapuri a.k.a G.O.D doesn’t aim to be just any other Telugu web series, it is a statement that the regional segment in the digital space has arrived. That it does with great success, breaking new ground in terms of rooted, sincere storytelling. G.O.D is backed by meticulous detailing - the writing and execution in addition to powerhouse performances from its cast are indeed a revelation. Nearly every part has a strong backstory to establish its motives, the makers utilise the political canvas to introduce viewers to a gamut of characters, contributing to a layered narrative.

The Anish Kuruvilla directorial ticks nearly every element you would expect from a rustic political drama set in the 70s. From cheeky real-life references to its mythical subtext to its ability to capture raw emotions, G.O.D does a lot to warrant your interest. Dharmapuri, the fictitious town set amid the Andhra Pradesh-Karnataka border (more on the lines of Bellary) is a universe the storyteller establishes with great care.

Pratap Reddy, hailing from Kadapa, arrives at Dharmapuri, accompanied by his wife Saroja and kids to work as a mining labourer. Braving past a series of tumultuous incidents, he emerges a messiah for his counterparts and turns out to be the unofficial power centre of the village, bringing down the rein of a feudal lord D N Reddy. The quest to retain his position makes Pratap commit many a blunder, including a strained equation with his supposed political guru Ranga Rao. Over the years, Pratap’s feared more than he’s respected. His elder son Venu, someone with a conscience, is eager to make his political foray too, while the hot-blooded, wayward younger sibling Ravi is yet to find a purpose to his life. 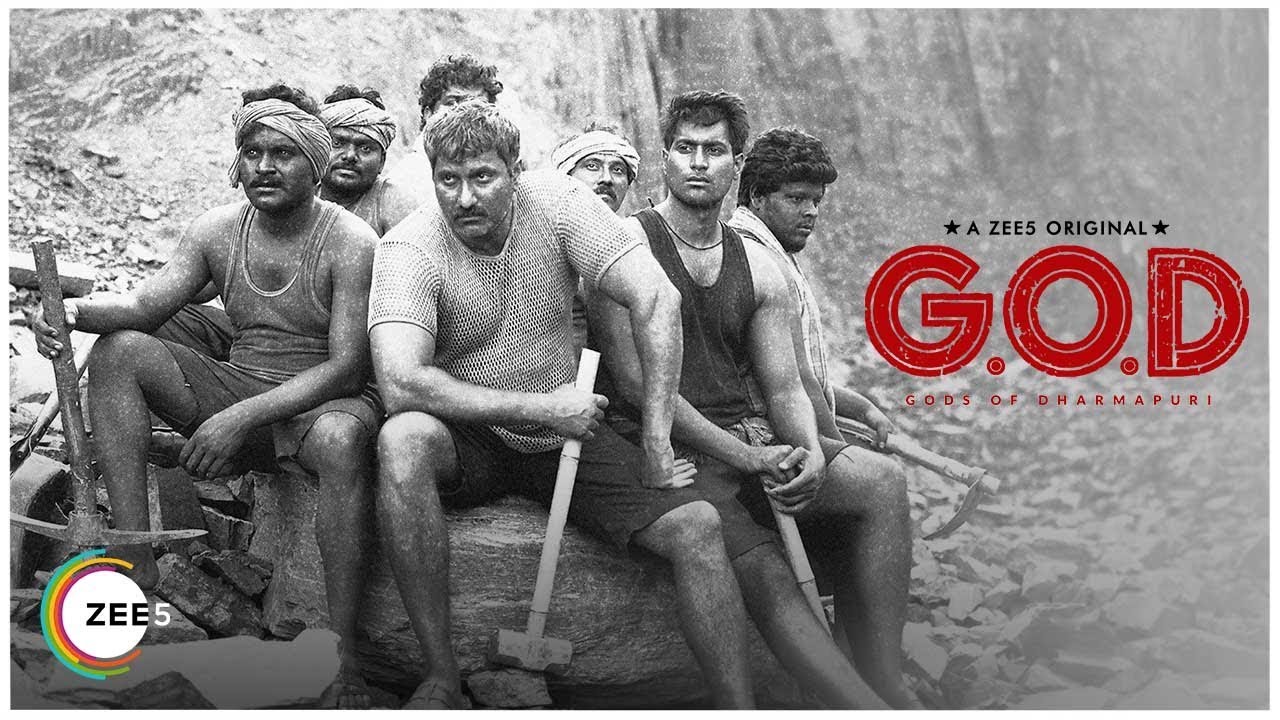 The power politics in the region may remind you of another Godfather-inspired story, but there’s so much to savour in the rootedness of the story. While a shrewd politician like Ranga Rao is crafted like a modern-day Chanakya, the power-hungry D N Reddy is referred to as a Bhishma. A tea shop owner and a passerby reading a newspaper are windows through which you see the narrator’s perspective.

A large chunk of the credit towards building an authentic rural backdrop goes to its cinematographer Naveen Yadav, who paints a beautiful portrait of the region and the dialogue writers who pack a punch with a delectable mix of the Rayalaseema slang and Kannada.

Strangely, it’s the indulgence with the backdrop that works mildly against the interests of the series too. Nearly four episodes are utilised just to capture the flavour of the region and prove that Pratap Reddy is a leader of the masses. By the time the focus shifts to the next generation - the two Reddy siblings Venu and Ravi, there’s little time left to build the core of the story. Several potent situations explore the traits of the duo, but the proceedings remain quite passive and uninteresting. The makers seem to have fallen in love with their canvas so much that they appear unsure of what to do with that.

Most characters have their shades of grey and it’s interesting to see a potential antagonist on his deathbed say something deeply philosophical like ‘adhikram oka antuvyadhi lantidi’ (power is like an infectious disease, don’t fall for it). But the role of a journalist Y Raja Rao, played by the director himself is so ill-conceived. Half the time he’s too busy smoking through the tobacco pipe or merely planning a story around the Pratap Reddy family (as if no other beat existed in journalism). The father-son power conflict isn’t explored quite efficiently either.

The female characters, though subdued in action, however, hold the key to this universe. The mother Saroja remains the emotional anchor of the family, often warning the husband that they will pay a huge price for their sins a given day (which they do). A bride Swapna, despite knowing that the man of her dreams has slept with someone else right before her wedding, goes onto marry him and even forgive him later. Divya, though seeming an activist more than a journalist, gets a delightfully manipulative role (which Samyukta Hornad seems to have had great fun playing) that turns the table at the right moments.

Beyond that, there are not many situations in the series that take you by surprise. You admire the depth in the characterisation, the few moments the characters share, (especially the brothers) but the zip in the screenplay is amiss. There’s not enough tension to keep you guessing about a character’s intent. At several moments, the rural politics evoke a similarity to the recently released Rangasthalam. Meanwhile, the expletives are used way too liberally in the series with the excuse of adding rawness to the sequences.

However, there’s little doubt that this is Anish Kuruvilla’s most accomplished work as a director. There’s a great effort in building the right mood for the story, the ambience is terrific and the characters are generally well-rounded. The saxophone-dominated background score and the only song ‘Rakasi loya’ serve as a testimony to the range of Shaktikanth Karthick as a composer.

The performances are otherwise impressive too. Satyadev Kancharana brings forward an effortlessness while presenting the various shades of his role. Shruti Jayan, the Angamaly Diaries girl is a natural on the screen. For a 25-year-old to have stepped into the shoes of an aged mother, her histrionics, her emotive eyes do well to reflect her internal conflict.

Karthik Ratnam after a subdued act in ℅ Kancharapalem unleashes the wild beast in him with a sparkling act as the wayward brother Ravi. Chandini Chowdary, in her role as Swapna, is her usual camera-friendly self, while maintaining her composure in times of need.

LB Sriram springs a great surprise with his villainy and Baladitya returns to acting in a brief yet impressive cameo. Raj Deepak Shetty as Pratap Reddy has an assertive screen presence and a towering personality to suit the needs of the role but appears too stationary, rigid with his body language. John Kottoly, in a role modelled after Prakash Raj’s part in Rangasthalam, is efficient within his screen time.

Watch Gods of Dharmapuri. Despite all the troughs, there’s enough in the universe to root for. (The series was produced by Radhika Lavu under Ellanar Films for ZEE5)